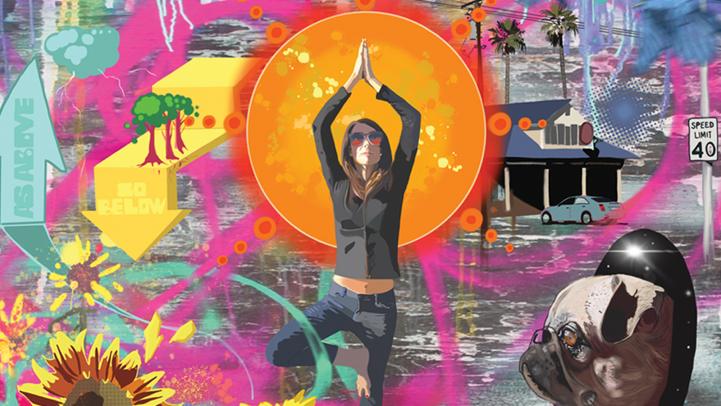 David "Dski One" Osowski is a self taught artist born & raised in Arizona. He grew up immersed in the world of skateboarding, graffiti art & hip hop music, and he weaves these influences into his art.  Whether it's outdoor aerosol murals, canvas or vinyl toys, he is known for his masterful use of color.  David began painting murals at the young age of 10, and his blackbook and rattling cans quickly became his everyday. He really enjoys working on a large scale, which stemmed from his early days of murals, but he has expanded his passions more recently to acrylic and oil on canvas, and airbrushing custom vinyl kaiju toys!  His home base is Lulubell Toy Bodega in Mesa, AZ, where his originals, prints & custom toys can always be found, but he also participates in dozens of gallery shows across the country each year!

David resides in Mesa, AZ, with his wife, 3 kids, 4 dogs, 4 chickens and a variety of saltwater creatures. His love of animals and the environment are evident not only in his paintings, but his generous charity projects as well. David is an active contributing artist to PangeaSeed, whose proceeds from art sales go directly to ocean conservation efforts.