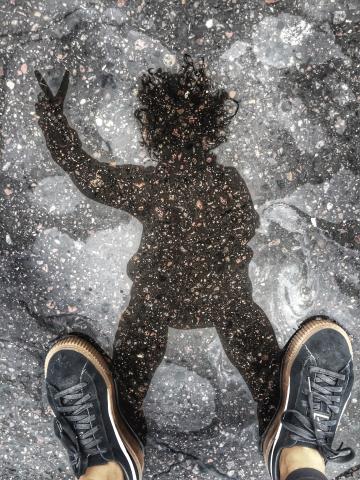 Busy commuter cities like Phoenix tend to have a quiet pedestrian life, with little to few residents or tourists experiencing the nation’s sixth largest city by foot. To photographer Zee Peralta, this virtually un-chartered territory begs for a closer look. In 2013, she did just that, capturing more than 20,000 images of the city in an effort to share her discoveries and express her passion for its treasures.

“Through these photos, I’ve learned more about Phoenix in the last two years than in the last 20 that I’ve lived here,” says Zee. “There are so many things that I would have never stopped to take the time to look at. These images are about those small but important moments of city life that we would otherwise miss.”

Born in suburban Los Angeles, Zee moved to Mesa when she was 16. She was given her first camera as a graduation gift from Westwood High School – a Minolta film camera. That summer she started her first project documenting a trip of a lifetime to the Middle East.

Today Zee loves her home in the Phoenix suburb of Gilbert, and enjoys a successful career in photography and loves how street photography exposes her to a new world.