Another anniversary, another memory of light rail’s beginnings

On December 27, the Valley’s light rail officially celebrated another year of connecting communities and enhancing lives. In honor of the occasion, we took to social media to ask riders about their favorite memory on the light rail.

I’ll kick things off with mine.

The year 2019 was my first year as an Arizona resident. As a major sports fan living in downtown Phoenix, the light rail was my choice when it came to game day transportation. The most memorable trip had to be heading to my first Territorial Cup game. 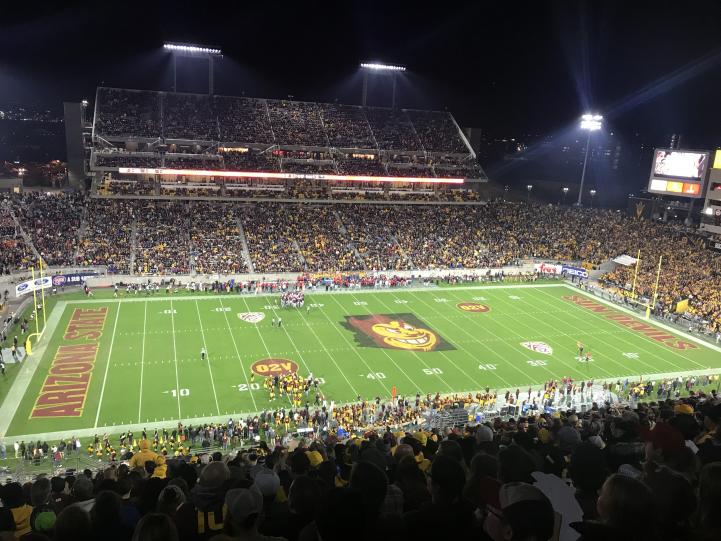 From the students pouring onto the train decked out in gold Sun Devil gear, to the buzz about which uniforms the teams would be wearing, you could feel the energy as the train ventured westbound to Tempe. Once off the train, the thundering sounds of drums and horns from the marching band and the incredible aroma of tailgate barbeques filled the air.

ASU won the game 24-14. The ride out of Tempe was a little calmer, following three hours of cheering on the Sun Devils.

Do you have a favorite light rail memory? Let us know on Twitter @valleymetro. 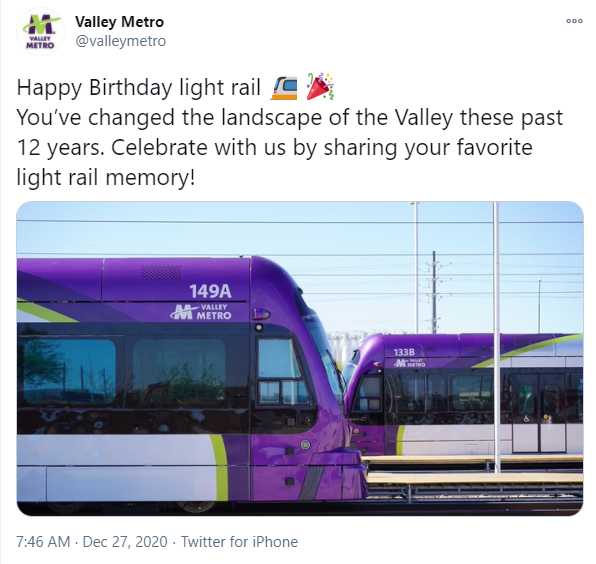 Now let’s get to some rider memories. We received a variety of answers. These two riders had different experiences, but memorable, nonetheless. 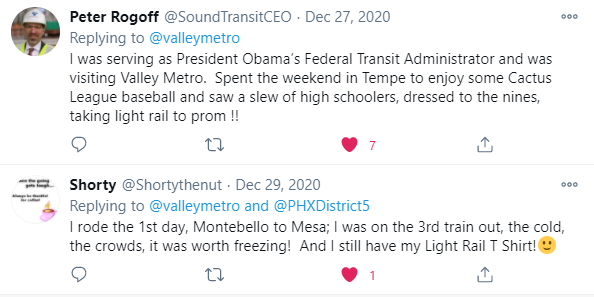 For others, light rail memories can represent time spent with family.

I think we are all ready to take the light rail back to a ball game, Jennie. 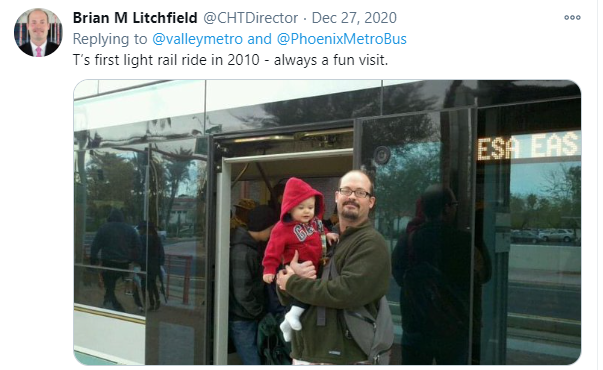 Thank you to all the riders who sent us responses.

With plans of further expansion to Valley Metro Rail, that includes the construction of the South Central Extension/Downtown Hub, Northwest Extension Phase II and Tempe Streetcar, year 13 is shaping up to be one to remember.