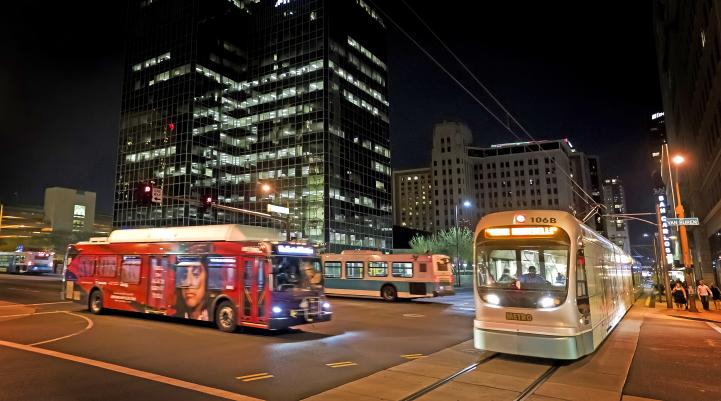 According to WestGroup, survey results seemed to stem from the overall perception that expansion and improvements are needed for public transportation. Regarding the sales tax, 64 percent of respondents suggested they would support extending the tax, while 43 percent supported a tax increase. They showed support for the sales tax even if transportation improvements would not directly impact them. Results showed that most consider bus and light rail improvements to be a high priority. Those who felt their financial future would improve tended to support a tax increase. Those who opposed both the expansion and extension of Proposition 400 indicated they disapproved of taxes in general.

The survey showed that most respondents felt that the expansion of light rail was significant. Eighty percent of likely voters mentioned at least one transit improvement as being of great importance to them. Although the satisfaction of public transit, in general, showed a decline, according to WestGroup the decline in satisfaction seemed to be linked with those who support extending Proposition 400. Survey takers seemed to understand that extending the sales tax would help improve public transportation as a whole.

Overall, according to WestGroup, the survey concluded that most likely voters who were already satisfied with past changes did not see a need to increase taxes for additional improvements but supported extending Proposition 400. WestGroup interpreted that most viewed their future financial situation favorably, indicating the current economic uncertainty would likely not impact their votes to extend or expand the transportation sales tax if brought to voters in November 2022.

Taylor Dunn
Lead Operations Communications Specialist
Taylor is a musician, CrossFit enthusiast, and student of psychology who enjoys lattes at hipster coffee shops. She graduated from The King's College in New York City and was previously employed with FEMA, NYC's Department of Emergency Management, and Metro-North Railroad out of Grand Central Terminal.