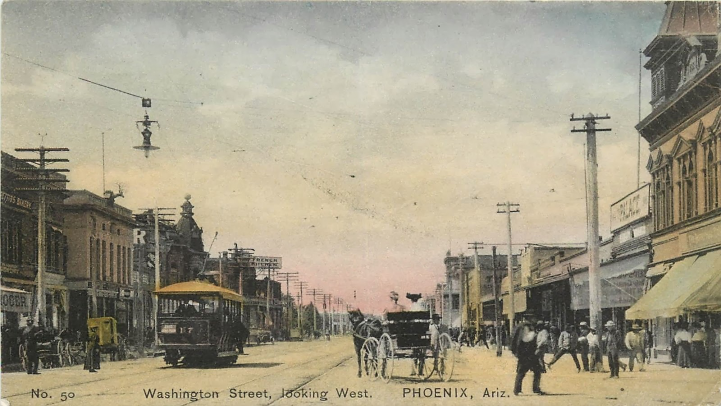 Have you ever wondered how Phoenicians got around town before Light Rail or buses were a thing? Let’s just say it was nothing like The Flintstones, even though that was the prehistoric stone age, but you get where I’m going with this. It all started back in the year 1887. Phoenix citizens relied on mule and horse drawn streetcars to get to their destinations. These streetcars were created by Moses Sherman, the developer of the Phoenix Street Railway. It started off with only a small stretch along Washington St between 7th Avenue to 7th Street! I know what you’re thinking, that’s not much, but you have to remember that Phoenix was still growing at the time and most things were within walking distance.

Phoenix was in the works from changing to a small town to an established city. Slowly but surely, mass transit began to grow to fulfill the need for jobs, retail shops, and community areas. This was considered a positive impact on Phoenix as a sign of economic development and the support for regional land use. The drawn streetcars were replaced with an electric streetcar in 1895. As the years went by, many changes took place, including competition from other up and coming private transit companies.

Where do we go from here?

In 1925, the City of Phoenix bought the Phoenix Street Railway for $20,000 and changed the name to Phoenix Transit System. The city decided it was best to put more focus on buses than streetcar due to a decline in ridership and other issues. After many years of the city operating the system, it was sold in 1959 to a private company, Valley Transit Lines, also known as ValTrans. That didn’t last for long because the city regained control of the organization in the early 1970’s. 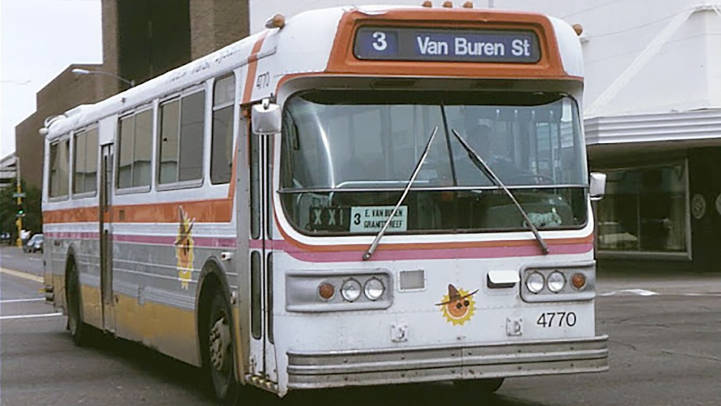 Since the reconciliation of the Phoenix Transit System, progress was made to the line. They even had a mascot, Tico! Tico was a big bright smiling sun who wears sunglasses with a hat. You can say Tico is pretty much a Phoenix native with that attire. Tico was seen on the front and side of buses riding all through the town in the 70s but was soon phased out.

Out with the old and in with the new

After a good run, the Arizona State Legislature passed a law in 1985 for a one-half-cent sales tax to fund regional improvements and the formation of the Regional Public Transportation Authority (RPTA). Valley Metro was adopted in 1993 as the main identity for RPTA. Local governments and The Valley Metro RPTA Board of Directors coordinate policies for the regional multi-modal transit system. Light Rail’s launch in 2008 is one of the many tremendous milestones Valley Metro has accomplished. Kicking out the old and bringing in the new! It’s truly fascinating to see how much has changed to the system over the years. 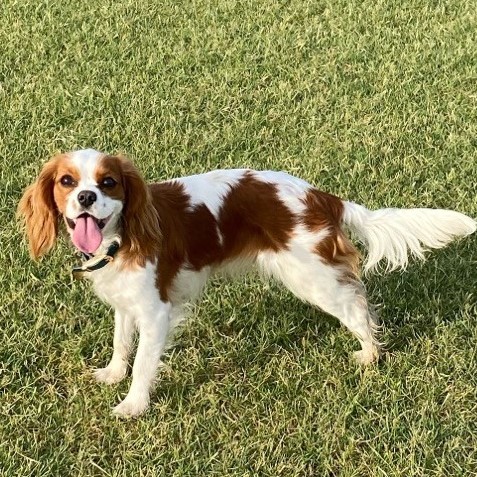 Viviana Penaloza
OPERATIONS COMMUNICATIONS SPECIALIST
This pet-lover, Viviana, is a first-generation immigrant from Michoacán, Mexico. She enjoys supporting small businesses, traveling and spending time at home with her furry friends.