Each year, Valley Metro assesses its progress toward its goals to protect the environment. According to the Fiscal Year 2020 Sustainability Report, if Valley Metro did not exist — and everyone in the region drove alone — an additional 182,000 tons of carbon dioxide would have been discharged into the air in 2020. 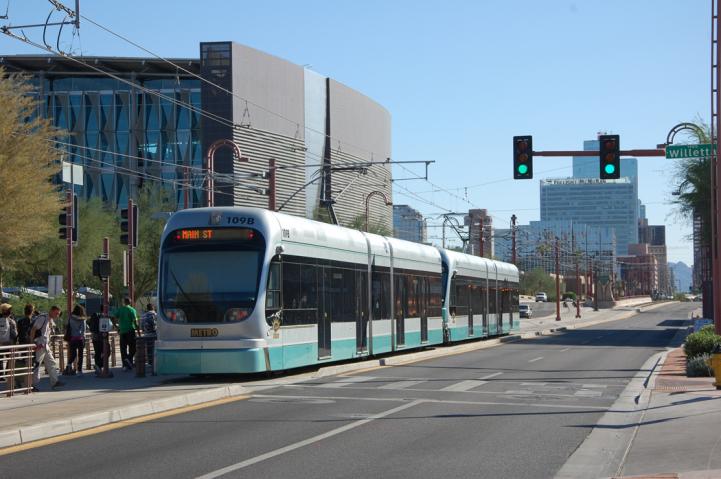 Valley residents saved 30 million gallons of gas by using mass transit in 2020. That savings is equal to supplying power to nearly 32,000 homes in one year.

Some greenhouse gas (GHG) emissions come from fuels that run buses, vanpools, and the paratransit fleet. Fortunately, technology is becoming more efficient. According to the National Academy of Sciences, public transportation emitted 10% less CO2 per passenger mile in 2018 than in 2008.

Some greenhouse gases are emitted from generating electricity to power the light rail. However, these are being reduced each year, thanks in part to public utility commitments to transition to clean and renewable energy.

“Even with lower than usual ridership in 2020, Valley Metro was still able to offset more greenhouse gases than we produced,” according to Mackenzie McGuffie, Valley Metro’s Sustainability Coordinator.

“This is partially because of Valley Metro’s high use of alternative fuels, and also because of ridership,” she says. “Transit’s carbon footprint decreases when ridership increases. Even with 2020’s ridership, transit was still more efficient than driving alone.” 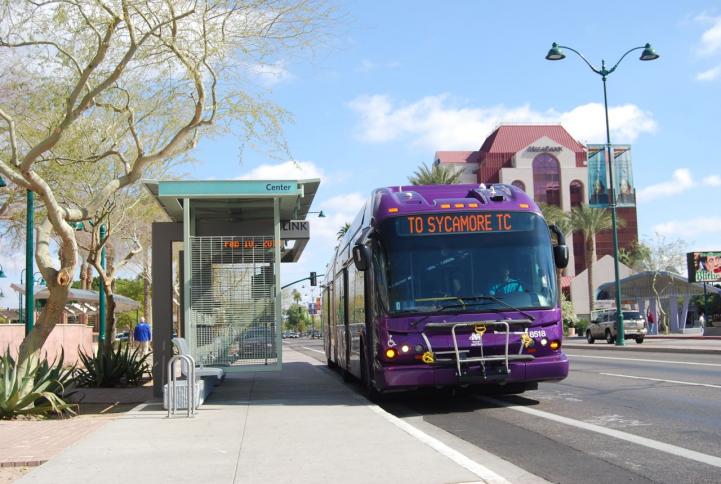 In 2011, Valley Metro joined other transit agencies from across the nation in pledging to address climate change. Valley Metro Chief Executive Officer Scott Smith says “we have made steady progress since 2011, and in Fiscal Year 2019, the agency decided to expand our sustainability efforts.”

Those efforts include creating an internal Sustainability Action Plan, hiring a full-time sustainability coordinator, initiating an electric bus transit study, and better understanding how climate change may impact transportation in our communities.