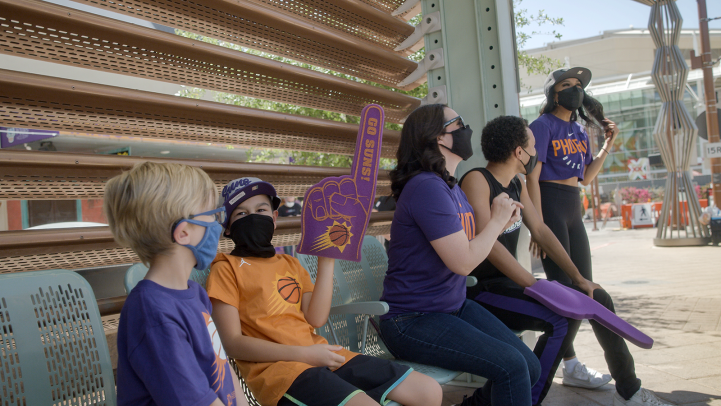 Heading downtown to catch a game, concert, or event at Phoenix Suns Arena? Save time, money, hassle, and stress and hop aboard Valley Metro Rail with RailRide!

Valley Metro has teamed up with Phoenix Suns Arena, formerly Talking Stick Resort Arena, to bring light rail riders an amazing deal by combining fun and savings. When you buy a ticket to a concert, event or basketball game at the Phoenix Suns Arena, your rail ride is included at no additional cost.

Here are a few handy tips to keep in mind:

Has Valley Metro teamed up with other venues downtown?

Unfortunately not at this time, but we continue to explore opportunities for future partnerships.