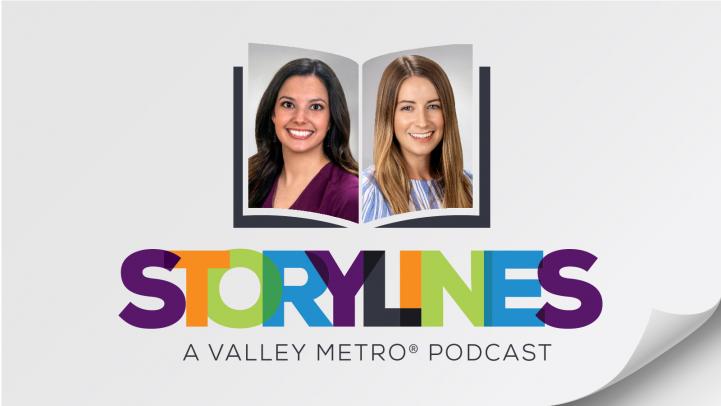 Brittany Hoffman is a first-generation Phoenician, spending only one year away from her home state to live in North Carolina. After spending six years in television news, hence the move, she switched careers to join Valley Metro. Her role at the agency is service-focused and gives her opportunities to connect with frontline staff and riders. Brittany also helps the agency with service changes, the Safe Place, RailRide and Artsline programs, as well as sports team partnerships. She’s a big sports fan supporting all local pro teams and the Arizona Wildcats. If she’s not watching a game, she’s most likely checking out new restaurants with family and friends.

Madeline Phipps is (almost) a Phoenix native, having moved to the Valley of the Sun at age two. She has enjoyed learning about transit construction as she communicates updates to riders and stakeholders on the Tempe Streetcar, South Central Extension/Downtown Hub and Northwest Phase II projects. Madeline is an avid reader and has undergraduate and graduate degrees in English Literature from Westmont College and the University of Denver, respectively. In her free time, you might catch her running along the canal system training for a half marathon with her dog George or hanging out with her husband and their new baby girl, born this summer.