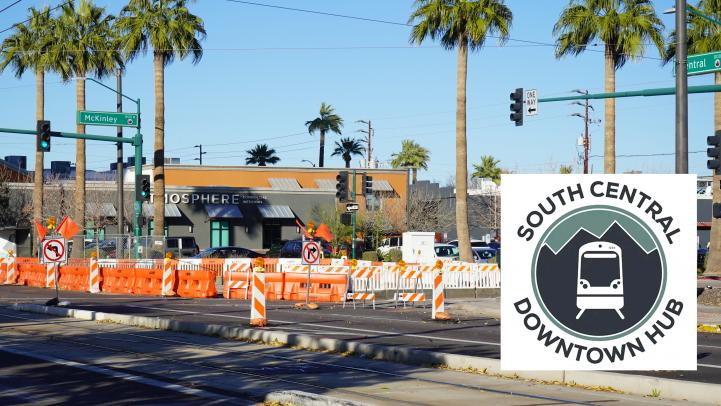 As construction begins on the five-mile South Central Extension connecting South Phoenix to the regional light rail system, Valley Metro is launching a new smartphone app. Available in English and Spanish, Construct VM will notify users about current and upcoming construction and can be downloaded on iOS or Android devices.

The goal of the app is to provide Phoenix residents, business owners and workers with another channel to receive up-to-date, accurate project information.

In addition to information about work zones, app features include:

The app was developed by Kiewit Corporation, the project’s construction contractor, in partnership with Valley Metro. Kiewit has had success with prior infrastructure project apps similar to Construct VM, such as an app for Project Neon in Las Vegas that garnered more than 6,300 downloads.

The five-mile light rail extension will travel between downtown Phoenix and Baseline Road, provide nine stops and two park-and-rides, and will feature artwork by local artists. The extension is expected to be complete by 2024.

About Kiewit: Kiewit is one of North America’s largest and most respected construction and engineering organizations. With its roots dating back to 1884, the employee-owned organization operates through a network of subsidiaries in the United States, Canada, and Mexico. Kiewit offers construction and engineering services in a variety of markets including transportation; oil, gas and chemical; power; building; water/wastewater; industrial; and mining. Kiewit had 2018 revenues of $9 billion and employs 20,000 staff and craft employees.