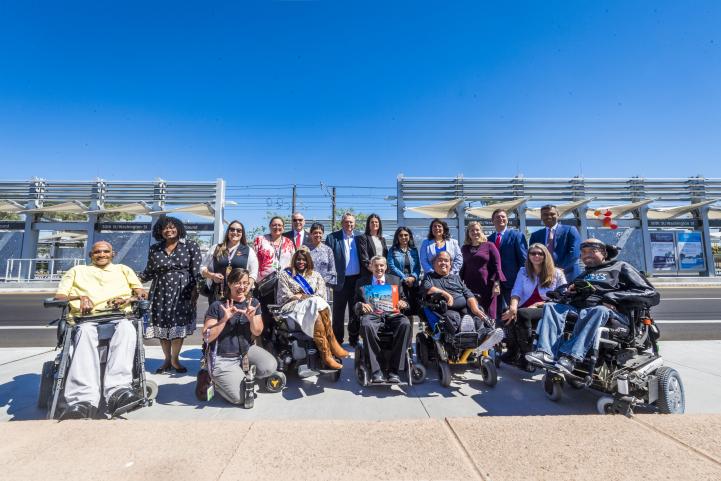 On April 24, 2019, Valley Metro celebrated the grand opening of the new 50th Street Station. This station was the first to be built along the already existing Valley Metro Rail system.

This station is the first of its kind for Valley Metro in more ways than one. All of the Valley Metro Rail system is compliant with the Americans with Disabilities Act, but the 50th Street Station includes enhanced features to better aid the surrounding community, especially visitors to Ability360. In addition to standard station features such as level boarding and lowered fare vending machines, the 50th Street Station includes an enhanced pedestrian detection crosswalk signal, wider platforms and gently sloped entries. The station allows more independence, access and convenience for the riders who rely on it.

After the grand opening celebration, the station welcomed its first riders the next day on  April 25, 2019— since then it has continued to serve the community.