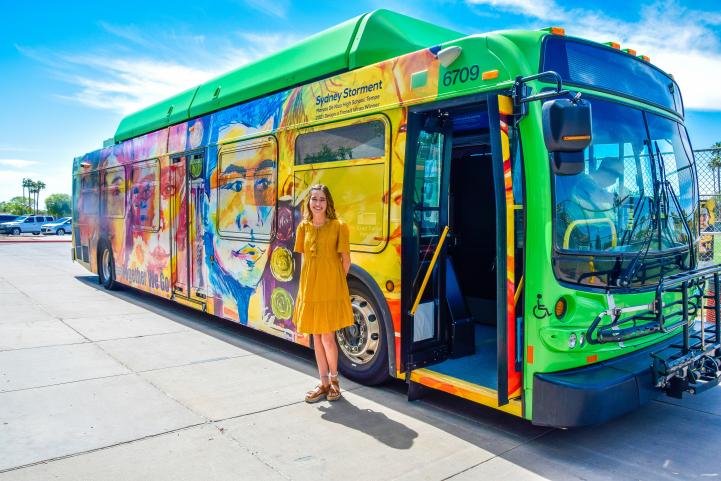 A Marcos de Niza High School student, Sydney Storment, is the winner of Valley Metro’s 21st Annual Design a Transit Wrap contest. Her artwork, titled Together We Go, will be featured on a bus and light rail train for one year.

“I really wanted to create a piece that would reflect unity through diversity,” said Storment. “Especially with all the hard things we’ve been through this year, including the pandemic and a lot of social unrest. I just thought we needed a design that could bring us all together.”

Storment’s design was chosen out of nearly 50 entries submitted by high school students across Maricopa County.

The Design a Transit Wrap contest encourages high school students to create artwork that promotes public transit from their own point of view. Throughout the 21 years the contest has existed, the message or theme of the student artwork has inspired people to take transit for a variety of reasons.

Storment, along with her friends, family and teachers, viewed the bus for the first time at an event at Marcos de Niza High School yesterday. The school has achieved an impressive track record with the contest. Since 2016, a combined total of eight Marcos de Niza students have placed first or second.