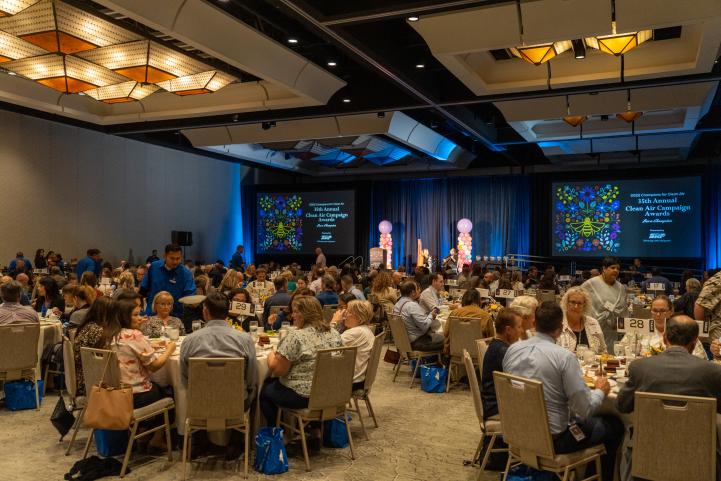 At the 35th annual Clean Air Campaign Awards Ceremony, Valley commuters and employers were recognized for improving our air quality. The event, held at the JW Marriott Scottsdale Camelback Inn Resort & Spa, honored the efforts of eco-friendly commuters who choose alternative modes of transportation, such as carpooling, bicycling, or using public transit instead of single-occupancy vehicle trips.

Eighteen awards were presented to individuals and employers from across the Valley. Thanks to their efforts, Maricopa County residents enjoy cleaner air and less traffic congestion. Winners include:

Elvin has been riding the bus to and from work for 35 years. He enjoys how his stress-free ride gives him time to read, rest and talk to other riders. In the last year, Elvin saved $4,476 by avoiding 8,000 drive-alone miles and over 551 gallons of gasoline.

Link and Danielle work as Citizen Service Representatives for the city of Scottsdale. After discovering they live only one stoplight apart, they gladly began to carpool to work together. They save approximately $2,000 per year on their daily roundtrip commute of 52 miles.

The General Dynamics vanpool group began in the 1990s and has been going strong for 25 years. Their commute is a 64-mile roundtrip ride from Queen Creek to Scottsdale five days a week. They have collectively saved 2.5 million miles, equating to five trips to the moon and back. Their dedication to vanpool has spared the Valley from over 28,000 pounds of pollution!