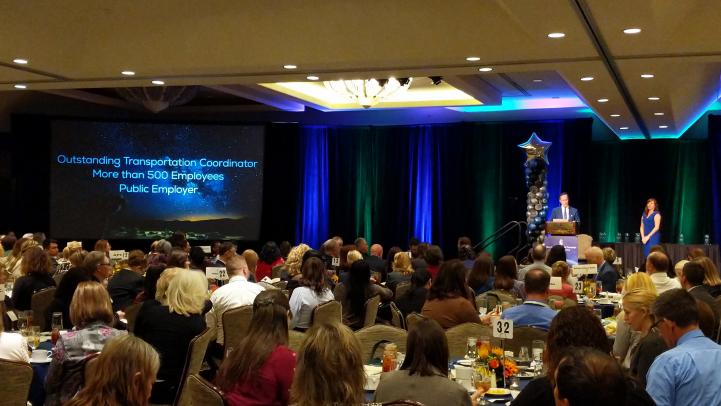 There are many ways to get to work, and as Rideshare Month comes to a close, Valley Metro celebrates commuters who travel with the environment in mind. The 32nd Annual Clean Air Campaign Awards recognizes Valley commuters who are committed to promoting and using alternative modes of transportation, from bicycling and carpooling to traveling on light rail and bus.

Askarinya has used alternative modes to get to work for 30 years and has been a vanpooler since 1999. His vanpool has traveled 240,000 miles since then and has prevented 8,000 pounds of carbon dioxide emissions from being emitted each year.

Plata bikes and rides from Glendale to Scottsdale, traversing across three cities to get to work during his forty mile roundtrip commute. He enjoys the health benefits and savings he gets from using alternative modes.

Peters bikes to work three days a week and travels nearly 60 miles roundtrip. Last year, he biked 7,000 miles. Robinson bikes ten miles roundtrip every day, rain or shine. He says the health benefits are a major factor in his choice to commute by bike.

More than 1,200 employers representing 3,000 sites and 780,000 commuters participate in trip reduction efforts for Maricopa County, part of a mandatory program for employers with more than 50 or more employees reporting to a work site.

People's Choice Most Creative Bulletin Board